It’s probably happened to most of us, or at least to someone we know. That moment when your attention lapses for just a second and you’re thinking about a personal problem or distracted by an activity that ends in a slip, trip or fall. It may be a stumble down a stairway, a trip over an electrical cord, or a slip on a spilled liquid. It can end in a variety of regrettable events ranging from a simple bruised elbow to a major life changing injury.

Slips, trips, and falls (STFs) account for the majority of general industry accidents. They are responsible for 16.9% of all accidental deaths and come in second to motor vehicles as a cause of fatalities (see Distracted Driving article). About 65 percent of all work days or 95 million work days are lost due to slips, trips, and falls and they account for approximately 25 percent of all reported injury claims per year.

Generally, slips, trips and falls happen when there is a loss of traction between the shoe and the walking surface or from unintentional contact with an object which may lead to a fall. Except where domestic, mining, or agricultural work is performed the OSHA standards for walking/working surfaces apply to all permanent places of employment.

In the United States in 2014, 4,679 fatal work injuries were reported according to the Census of Fatal Occupational Injuries (CFOI) conducted by the U.S. Bureau of Labor Statistics. Fatal STFs account for 793 of the 4,679 fatalities or 16.9%. 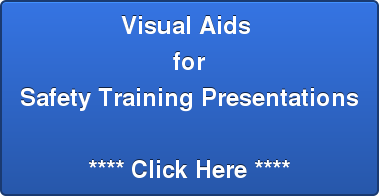 By making sure that all areas in the workplace where employees walk and work are protected from potential hazards and kept clear to reduce slips and trips hazards, employers can increase employees safety while reducing costs.