The proposed rule seeks to make changes to the reporting requirements of OSHA's recordkeeping rule. The comment period on the proposed rule to improve tracking of workplace injuries and illnesses expired October 14, 2014. The next stage in this rulemaking process will be for OSHA to carefully review all comments before promulgating a final rule.

Summary of Explanation of the Proposed Rule

OSHA is proposing to amend its recordkeeping regulations to add requirements for the electronic submission of injury and illness information employers are already required to keep under Part 1904. The proposed rule would amend 29 CFR 1904.41 to add three new electronic reporting requirements (proposed § 1904.41—Electronic submission of injury and illness records to OSHA).

First, OSHA will require establishments that are required to keep injury and illness records under Part 1904, and had 250 or more employees in the previous calendar year, to electronically submit information from these records to OSHA or OSHA's designee, on a quarterly basis (proposed § 1904.41(a)(1)—Quarterly electronic submission of Part 1904 records by establishments with 250 or more employees).

Second, OSHA will require establishments that are required to keep injury and illness records under Part 1904, had 20 or more employees in the previous calendar year, and are in certain designated industries, to electronically submit the information from the OSHA annual summary form (Form 300A) to OSHA or OSHA's designee, on an annual basis (proposed § 1904.41(a)(2)—Annual electronic submission of OSHA annual summary form (Form 300A) by establishments with 20 or more employees in designated industries). The second submission requirement will replace OSHA's annual illness and injury survey, authorized by the current version of 29 CFR 1904.41.

Third, OSHA will require all employers who receive notification from OSHA to electronically submit specified information from their Part 1904 injury and illness records to OSHA or OSHA's designee (proposed § 1904.41(a)(3)—Electronic submission of Part 1904 records upon notification). 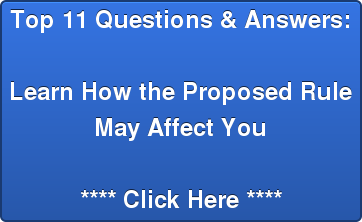 OSHA intends to make some of the data it collects public. For example:

Form 300A (Summary Form)—All data fields could be made available. These data are currently collected under the ODI and during inspections and are released under FOIA requests. The annual summary form is also posted at workplaces under § 1904.32(a)(4).and § 1904.32(b)(5). OSHA currently posts establishment-specific injury and illness rates calculated from the data collected through the ODI on OSHA's public Web site at http://www.osha.gov/pls/odi/establishment_search.html. Form 300A does not contain any personally identifiable information.

Form 300 (the Log)—Except for Column B (the employee's name), all fields could be made available. These data are generally released under FOIA requests. Section 1904.29(b)(10) prohibits release of employees' names and personal identifiers contained in the forms to individuals other than the government, employees, formeremployees, and authorized representatives. OSHA does not currently conduct a systematic collection of the information on this form. However, the Agency does review the form during inspections and occasionally collects the form for enforcement case files.

Form 301 (Incident Report)—All fields on the right-hand side of the form (items 10 through 18) could typically be made available. These data are generally released in response to FOIA requests. Sections 1904.35(b)(v)(A) and (B) prohibit the release of information in items 1 through 9 to individuals other than the employee or former employee who suffered the injury or illness and his or her personal representatives. OSHA does not currently conduct a systematic collection of the information on this form. However, the Agency does review the form during some inspections and occasionally collects the form for enforcement case files.

It is important to understand that much of the employer's safety information collected will be public information and published via the internet much like an online review. The goal appears to be to hold management more accountable by making their safety performance transparent and public. "Making a living shouldn't have to cost you your life. Workplace fatalities, injuries, and illnesses are preventable. Safe jobs happen because employers make the choice to fulfill their responsibilities and protect their workers" states Dr. David Michael Assistant Secretary of Labor for Occupational Safety and Health.

As people turn to the internet more frequently for job searches and company research prior to an interview, there is a good chance a prospective employee will find a company's published safety report, whether directly on OSHA's site or republished elsewhere. Potential employees will have the opportunity to view this report to see if the company they are looking to for employment is providing a safe working environment. Think about how negative safety data may significantly impact the quality and number of applicants. A company may find itself paying higher than average salaries for well below average talent.

In a news conference, Assistant Secretary of Labor for OSHA, Dr. David Michaels, said the Agency would use the data to:

Skeptics say this will do little to improve safety in the workplace. However, we all know how fast information travels with the internet - via the press, researchers, bloggers, companies and social media. So the question is will the new levels of transparency and online availablity generate enough attention for companies in question to invest to make improvements in safety.

What do you think?